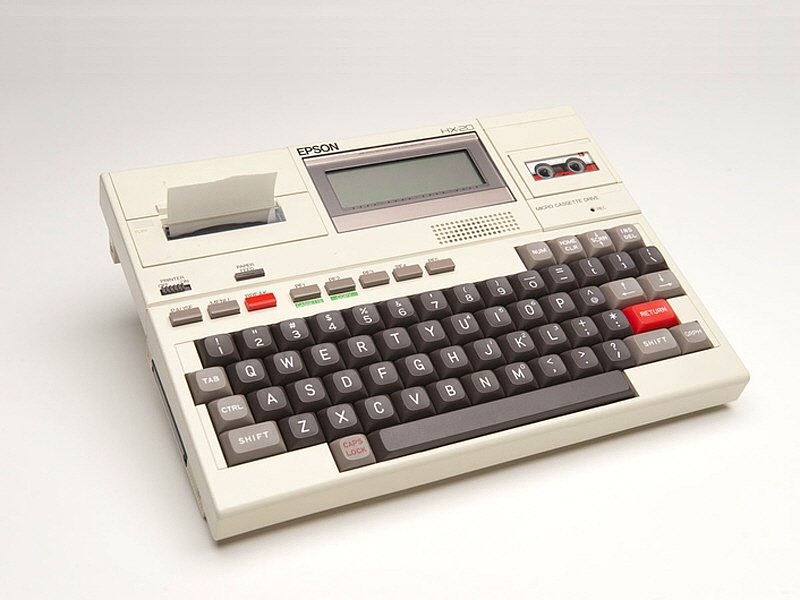 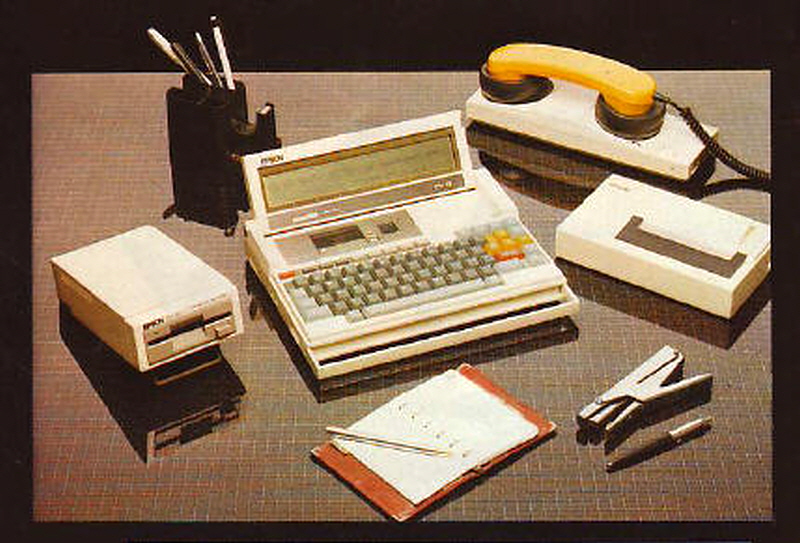 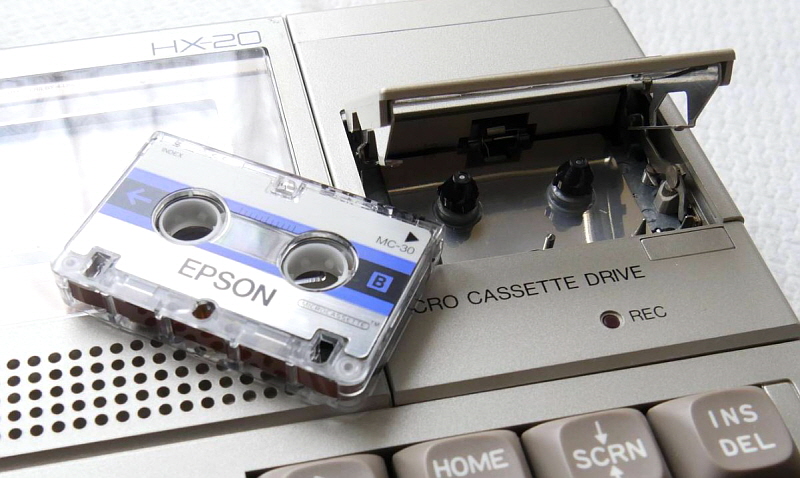 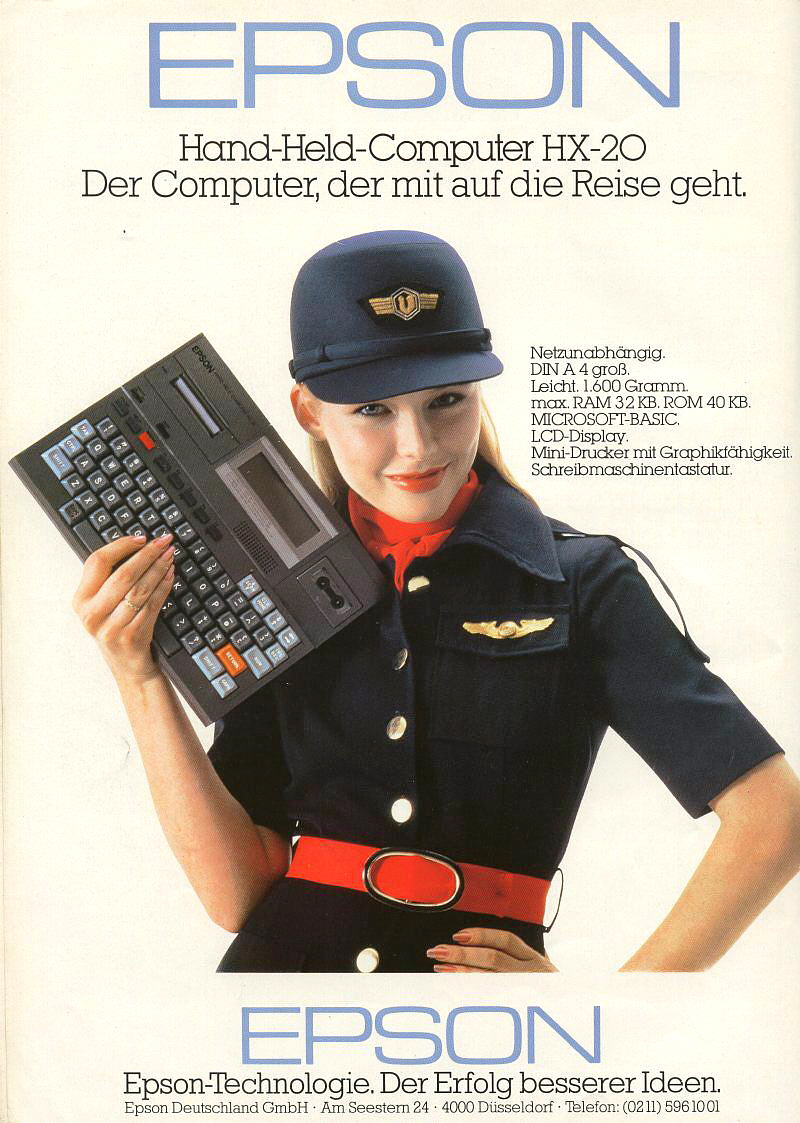 The world’s first hand-held computer, the HX-20 (called the HC-20 in Japan), was created by bringing together Epson’s* high-density assembly technologies and core technologies in areas such as semiconductors, printers, and liquid crystal displays.The easily transportable computer had outstanding mobility built in. Incorporating a multitude of functions in a body with an A4 footprint, the computer weighed a mere 1.6kg. In addition to being lightweight and compact, the HX-20 came with a nickelcadmium battery that allowed it to be used on the go and off the grid for up to 50
hours.

The language used for the computer was Microsoft’s extended BASIC. The HX-20 was equipped with everything one needed in a computer at the time: printer, liquid crystal display, an optional cassette-tape type of external storage device, and more. These features enabled a single hand-held to support all manner of user needs. While equipping the product with powerful hardware, designers also made sure to provide connectivity with peripheral devices. The HX-20 came standard-equipped with an RS232C port, and if used together with a CX-20 acoustic coupler, which was released at the same time, the HX-20 was able to communicate with a host computer, allowing users to freely send and receive data with an off-site computer. Thus the HX-20 can indeed be called the forerunner of the modern mobile PC.

Epson’s first computer was the EX-1, which was released in 1977. Later, in the 1980s, the company leveraged its office computer technology, strength in mechatronics, and powerful R&D organization to begin serious work on developing personal computers. Epson’s strength lay in its ability to scale down its products while boosting performance — and if an Epson product were the same size as a rival product, then Epson had to outshine the competition in terms of performance. The HX-20, the world’s first hand-held computer, was commercialized in 1982, the embodiment of the company’s collective strength, engineering skill, and expertise in high-density assembly, semiconductors, printers, liquid crystal displays, and other core technologies.

At a time when personal computers were just starting to make inroads, an easily portable hand-held computer was an extraordinary, innovative achievement. The HX20, exhibited successively in Tokyo at the Data Show and Microcomputer Show, drew widespread attention as a new model for computers. It was even hailed by BusinessWeek magazine as the “fourth revolution in personal computing.” Moreover, the HC-20 received the Nikkei Business Daily Award for Excellence (Nikkei Award for Superior Products & Services).

The one model of the HX-20 became an astonishing bestseller. One-quarter of a million units were sold, as the product caught on not only in the personal computer market, which was the original target, but also in factories, where it was used to control production line and other operations. The HX-20 was the first model in a series of computers that would grow progressively more powerful as the years went by. *Then known as Shinshu Seiki Co., Ltd. (name changed to Epson Corporation in 1982). 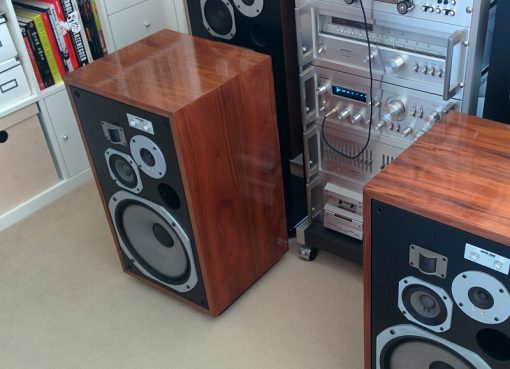 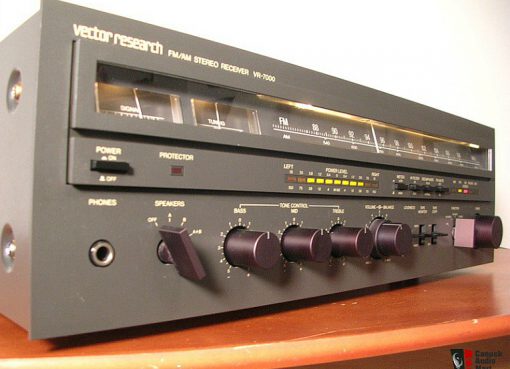 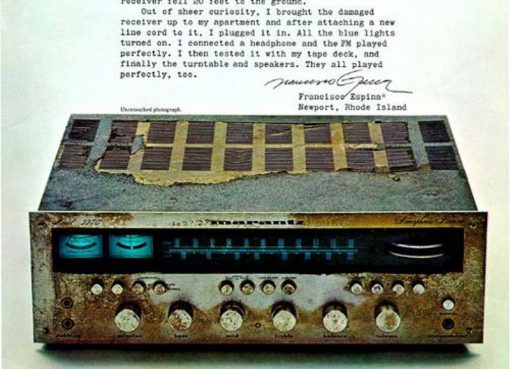 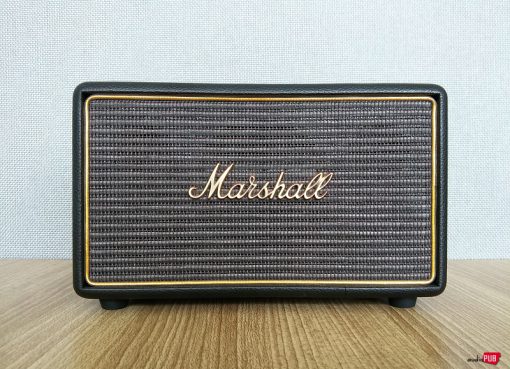 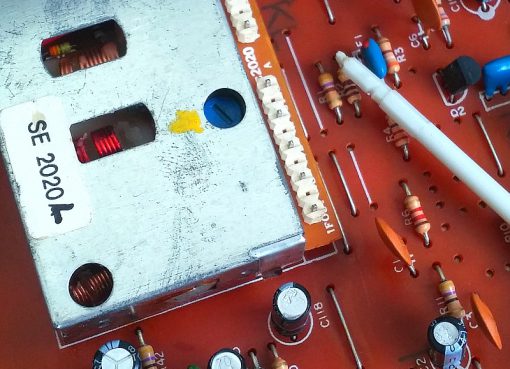 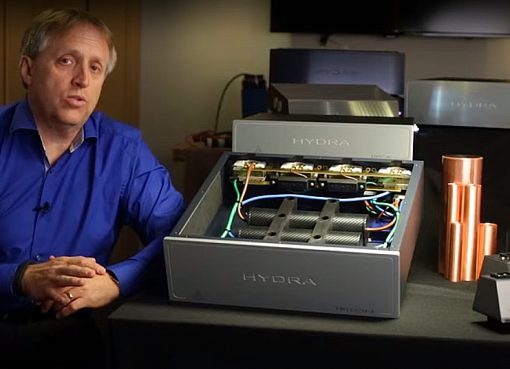 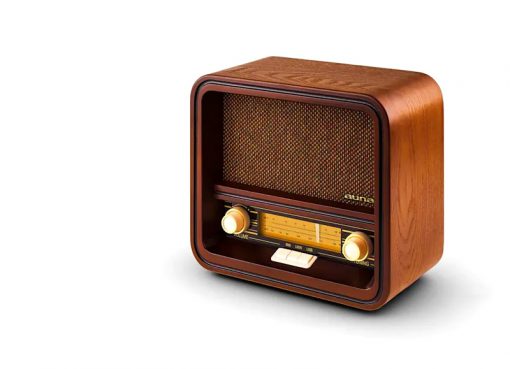